We are at the forefront of ever-changing laws and work closely with our clients in dedicated teams that are fully committed to exceeding client expectations.

We are proud that so many of our clients have repeatedly turned to us for notarization and solemnization of marriages, and we work hard to earn their loyalty every day.

The Justice of the Peace 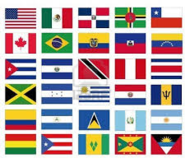 Often, more than one area of expertise is required. With us, there’s no need to hire a multitude of Notaries. We can understand for you in many areas of notarization.

We serve a wide range of clientele, and every client relationship is valued greatly. Each engagement benefits from the depth and breadth of our expertise.

WHAT IS A NOTARY PUBLIC?

A notary public is a public officer appointed by the governor, with the advice and consent of the Governor's Council. Notaries public serve for four (4) years from the date of their appointment, unless removed earlier by the governor with the consent of the Governor's Council.   A notary public is an appointed officer who acts as an impartial witness to certain transactions.


The notary’s participation in these transactions creates a degree of certainty and integrity that is crucial to the proper operation of business, government and commerce.

The notary’s role in a transaction is to act as an impartial witness who also has the authority to perform certain duties and make a certified statement about the transaction and its principals.


Most people believe that notaries simply “notarize signatures.” This greatly oversimplifies a notary’s duties and responsibilities. In carrying out his or her duties, a notary not only follows what is dictated in state law but exercises subjective judgment on matters such as the state of mind of the signer, the signer’s comprehension of the transaction, or whether fraud or coercion are present


The most typical notarial transactions involve the execution (signing) of documents. In order for documents requiring a notarial act to be properly executed, the signer must appear before the notary, prove his/her identity to the notary, and acknowledge his/her comprehension of the document and willingness to sign OR swear/affirm that the contents of the document are true.


WHAT ARE THE SPECIFIC POWERS AND DUTIES OF A FLORIDA NOTARY?

Florida notaries are empowered to: administer oaths and affirmations; take acknowledgments of deeds and other instruments such as will, personal papers, corporation papers, affidavits and depositions; issue subpoenas; protest commercial papers; and in certain circumstances may be required to be present at the removal of the contents of bank safe deposit boxes and to seal and list their contents.


A Florida notary may witness documents for use in other states and nations provided the notary is physically in Florida when performing the notaries act. A notary public is a public servant, obligated to fulfill the needs of the general public whenever possible.

Another uniqueness empowerment of a Florida notary, is that he/she can perform civil marriages ceremonies, just as a Justice of the Peace

WHAT IS THE DIFFERENCE BETWEEN AN OATH AND AN AFFIRMATION?

Oaths and affirmations are pledges sworn to before a notary public attesting to the truth of a given statement.

The effect of an oath and an affirmation is the same; both put the burden of responsibility for the veracity of the statements on the party subscribing to the document.

The difference, however, is that an oath calls upon God as a witness while an affirmation is made under the penalties o [Juez de Bodas Wedding Services] f perjury. Examples of an oath and affirmation are as follows:


Oath: Do you solemnly swear that the statements contained herein are true, so help you God?

Affirmation: Do you solemnly affirm, under the penalties of perjury, that the statements made herein are true?

MAY A NOTARY TAKE A DEPOSITION?

Yes, notaries public are authorized to take a deposition.


ARE NOTARIES RESTRICTED TO A COUNTY?

No. Florida notaries may exercise their notary’s authority anywhere within the State.

We sincerely hope that the above information has been of some use to you.  Don’t hesitate to call our Notary Office if we could serve your Notary Public needs.

TRADITIONS FROM AROUND THE WORLD

At the reception, a monetary dance is traditional. The bride and groom are honored with dollar bills tossed at them as they waltz. The money is collected and saved for the first child.

Dutch - The first wedding shower reportedly was held in Holland. When a father would not produce a dowry to recognize his daughter's engagement, villagers got together and showered the couple with gifts to help them set up housekeeping.

Native American - Wedding attire was handspun cotton garments trimmed in beads. Navajo and other tribes still carry on this tradition.

Greek & Italian - Wrapped almonds in odd numbers (3, 5, and 7) symbolize fertility. Almonds are given as favors at showers and wedding receptions.

African-American - Since slaves weren't permitted to marry in America, they would make a public declaration of their commitment by jumping over a broom to the beat of drums. The broom has since come to symbolize setting up a new home for the newlyweds.

Serbian - Weddings are often huge. Large monetary gifts are bestowed on the bride and groom who are often married without immediate family members attending the wedding. Friends financially help the new couple begin their life together.


Mexican & Filipino - Instead of the bride's family, the groom is often committed to pay for all the wedding expenses. The couple may also have outside family and friends as "sponsors" who pay for the various wedding needs - such as favors, photographers, banquet facilities, bridal attire, etc.


Chinese - the color of joy is red, so the couple drinks wine and honey from goblets tied together with red string.


Japanese - The couple takes nine sips of sake (3 sips from 3 cups), becoming husband and wife after the first sip. In many cultures, the number three symbolizes good luck.

Polish - For village weddings, friends weave a crown of rosemary leaves for the bride to symbolize remembrance. At the wedding reception, an apron is tied around the bride's waist and the bridal veil is removed by the bride's mother, symbolizing the transformation from maidenhood to married life. In Poland, the mother was allowed to cut the bride's hair in the presence of her wedding guests. Today, some mothers still snip a lock of hair as part of this ritual.

Macedonian - Silver coins (usually dimes and quarters in the U.S.) and candies are tossed to the guests at the marriage ceremony, symbolizing wishes for prosperity.

French - A trousseau meant a bundle, in which the bride carried her belongings to her new home. Today it refers to new items purchased for the honeymoon or new home. The bridal couple often drinks the reception toast from an engraved two-handled cup, the coupe de marriage.

Welsh - Silver coins (usually quarters in the U.S.) are inserted into the popped champagne or wine corks and given to the bride & groom.


German - The bride carries salt and bread in her pocket to ensure bounty; the groom carries grain for wealth and good fortune.

Mexican - In some Mexican wedding ceremonies, the groom may present thirteen gold coins to the bride as a symbol of his commitment to support her.

The coins symbolize Jesus and the twelve disciples. Other Mexican ceremonies feature a lasso, a figure eight, which symbolically ties the couple in matrimony. At the reception, guests often form a heart-shaped ring around the couple during their first dance.